Meet The Board Members

Attorney Hurt has practiced law in California since 2005 with a focus on property and corporate law in her private practice subsequent to working for Heller Ehrman White and McAuliffee, L.L.P. She earned her J.D. at Santa Clara University School of Law with a specialization in International law and has a B.A. in History and Political Science with a minor in Biology from Baylor University. Ms. Hurt served as a judicial extern to the Honorable Judge James Ware for the United States District Court for the Northern District of California in San Jose.

Following her passion for community justice and accountability, Ms. Hurt was elected to serve on the City Council of Belmont in 2015 after serving as vice chair of the planning commission. Ms. Hurt is honored to be a member of the board of directors for the Samaritan House, the Peninsula Traffic Congestion Relief Alliance, San Mateo County Emergency Services Council, Notre Dame de Namur University Advisory Board, Audit Committee for the City of Belmont and South Bayside Waste Management Authority.

Toni O'Neill was appointed by the Governor to the Court Reporters Board as a licensee member on August 7, 2010. She was reappointed to a four-year term expiring June 1, 2021. She had previously been a licensee member of the Court Reporters Board from 2006 to 2009. Ms. O'Neill is currently a freelance reporter focusing on pro tem work for the courts. Prior to this, she worked in the positions of official reporter, senior reporter, and supervising reporter during her 27-year tenure with Riverside Superior Court. Ms. O'Neill is one of the first official reporters in the state of California to provide realtime services for use by judges and attorneys during courtroom proceedings and is using that experience to now provide training to both official and freelance reporters. Prior to 1990, Ms. O'Neill worked as a freelance court reporter, which included being an owner/partner of a deposition agency for seven years in the Riverside area. O'Neill is a member of the National Court Reporters Association and past president of the California Court Reporters Association and has served on various committees for both professional associations. Ms. O'Neill is a registered Democrat. 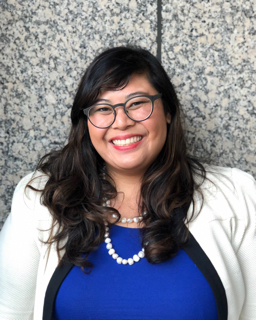 Denise A. Tugade is a Government Relations Advocate for SEIU United Health Workers (UHW) West. She previously served as staff in the California State Assembly from 2017 to 2020, most recently as Legislative Director for California State Assemblymember Christy Smith (D-Santa Clarita). She was the Assembly Democrats Volunteer and Mail Tree Program Coordinator for the Christy Smith for State Assembly Campaign in 2018. Tugade was a Legislative Aide for Assemblymember Lorena Gonzalez (D-San Diego) and was Communications Director and a Legislative Assistant for then-California State Assemblymember Monique Limón. She was a Senior Associate, AGILE and Human Centered Designed Lead, and Social Media Manager at Cambria Solutions, Inc. from 2015 to 2017. Tugade was a District Coordinator for the Tubeho Neza (Live Well) program at DelAgua Health Ltd. Rwanda in 2014. Denise is a graduate of the California Asian Pacific Islander Staff Academy. She is the immediate past president of the Feminist Democrats (Fem Dems) of Sacramento, and serves on the executive boards of the Young Asian American Pacific Islander Sacramento Democrats, New Leaders Council Sacramento, and Barkada Sacramento.